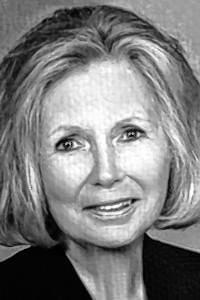 Reta M. Hunte, 86, of Springville, Iowa, died Thursday, June 24, 2021 at UnityPoint-St. Luke’s Hospital in Cedar Rapids, Iowa. Reta was born on August 28, 1934 in Marion, Iowa, and the family later moved to Garden City, Michigan. She returned to Iowa after the death of her parents, John Franklin Etzel and Lillian Rachel Mc Gowan Etzel. Soon after, she married Robert Hunte on October 25, 1952. They spent 69 years together.

Reta was a telephone operator and also worked at Rockwell Collins. She spent most of her years raising five children and was a wonderful, caring mother and wife. She was an amazing, selfless woman who always put everyone before her. Cooking, doing crossword puzzles and spending time with his family have given him joy in life. She was known for her beauty inside and out.

She was predeceased by her parents; son, Joseph F. Hunte; sisters, Dorothy Odean and Mildred Harford; and his brother, Frank Etzel.

The memorial service will be held on Tuesday, June 29, 2021 at 10:30 a.m. at the Methodist Church in Springville. Memories can be made to the Hospice Foundation.

Fossil Rim director retires after 37 years at the Wildlife Center